The Roots of Most People's Hate for Hillary Clinton

Sylvie Imelda Shene "I think it’s fair to say our electoral processes aren’t perfect. But they’ve never been. Nor has any candidate been perfect. So why must those imperfections be nullifying at the very moment that a woman is on the verge of victory? Clinton is a woman beating men at their own game. Deal with it.
Still, this all means that a potential Hillary Clinton administration could commence under a cloud and against a chill wind. It could be a first, but one met with a frost. Revolutionary acts come at a cost."

Jane Cerrone When it Comes to my vote for our country, people, and safety, I Will Not take a risk on a LIAR !! Nor will a First woman make me give her my vote !! In my eyes, she is not so bright to not know classified info. Especially when this is a risk for our country! No common sense, and pure carelessness, which may Have caused more danger to all, will see !!

Sylvie Imelda Shene It would be interesting to find out what kind of relationship Jane had with her own mother, because from my experience with people I know that express this kind of hate towards Hillary Clinton, their hate stems from the latent repressed hate of the child they once were, NOW, transferred into other women symbolizing their own mothers. Here are the roots of the violence and discrimination we witness against women around the world. That I too was a target of this repressed hate of a mob of sociopaths at my job of nine and half years after I publish my book.
Here is a great article about transference:

Sylvie Imelda Shene I checked Jane's page and like every person I know that expresses so much hate towards Hillary Clinton proclaim to love their mothers, but they hate other women instead!!! And sure enough I found in her page the quote in the picture below that proves my point! She protects her own mother from her repressed hate and transfers it into Hillary Clinton!!! These words Alice Miller wrote to me are so true!!! "I have learned over the years of my work on the internet that there are readers who SEEM to understand SOME of what I have written, at least intellectually, but they are still so afraid of their very cruel parents and of their repressed FEELINGS of rage towards them that they are constantly looking for scapegoats.
They thus live in a continual confusion pretending that they are healed and even offering help and empathy to others. But eventually they use unconsciously other people (even the ones who are quite friendly to them) as a poisonous container like their parents did to them, and if the offended people begin to defend themselves they can become very mean.
I can only urge you to trust your feelings and to NOT offer your empathy and interest to everybody just because they say they read and understood everything I have written. In most of the cases, it is a lie. To understand my books means to overcome the fear of one’s parents, to honestly feel the justified rage TOWARD THEM and to no longer use others to getting free from the accumulated rage." 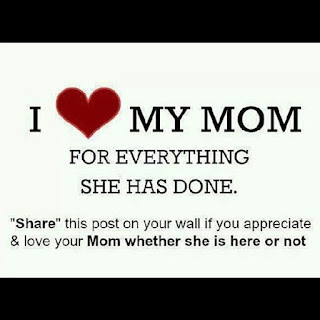 Also, read my blog  The Roots of Sexism and of the Hate for Women

If you like to read more about my experience with a mob of sociopaths also read my blog post Experienced Knowledge
Posted by Sylvie at 12:00 PM No comments: