Do you remember me?! Back then in Portugal when I became your patient in the mid-seventies I was known by the name Imelda.

About a year ago you came to my Facebook page, so I know, you know, that I’m accusing you of sexually abusing me while under your care when I was vulnerable and lost 17 years old.

Sometimes, I do think, that in your delusional world you thought what your patients needed to help them with their emotional problems was sex. 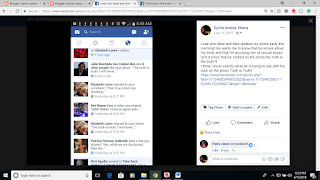 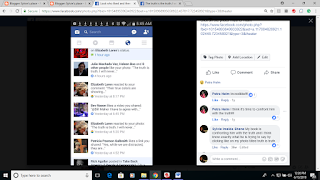 The truth is the truth. I will never apologize for speaking the truth. 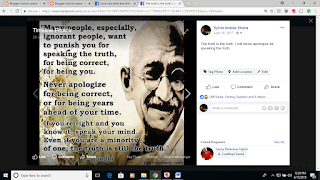 
Ester Santos: Sylvie, you must put him in his place, publicly. Find out his local newspaper and expose him, in fact, destroy him . Go national too if you can...
Sylvie Imelda Shene: Ester Santos, I have been trying to tell my story in Portugal since the year 2000, but no one in the media is listening. Like I wrote on my blog in the link below: "In the year 2003, I traveled to Portugal and tried to contact the media there. I wanted to go public with my experiences and to bring awareness about all forms of child abuse, dyslexia, and the untreated professional. I never got a response. Portugal is a very secretive country, and the media is afraid to talk about secrets, especially if it involves a famous doctor.

The media in Portugal protects people in power. As Alice Miller in her book Breaking Down the Walls of Silence: The Liberating Experience of Facing Painful Truth says: “… Rather than take the risk, they prefer to forgo information that might be of life-death importance for coming generations. So in order not to have to call their own parents into question for a single moment, they cling to outdated, destructive opinions. …Clearly, the prospect of confronting one’s own personal history, in this case, is an alarming experience. And, as always, the fear of facts is stilled by a fascination with intellectual terms and abstractions aimed at concealing and masking the truth—the truth of facts that appear so threatening… At every attempt to share the new discoveries I made with the public, I ran up against the most determined resistance on the part of the media. It is true I can go on publishing these discoveries in my books, because my publishers are already aware of the growing interest in this topic. But there are other people who have important things to say, and they are dependent on the press. They and their readers rely on essential information not being torpedoed. All too often, however, the media buttress the wall of silence against which all those who have begun to confront their own childhood rebound.”
http://sylvieshene.com/i-had-the-same-experience-as-alice-miller/

Dr. Johnnie Barto, a sexual predator pediatrician, gets up to 158 years in prison
Will more Women in Portugal Find the Courage to Report Dr. Julio Machado Vaz Sexual Abuse?

Will Ever Portugal Find the Courage to Investigate Dr. Julio Machado Vaz?