For a sociopath, winning is all

“A sociopath has no conscience, no emotional attachment to others, and no ability to love. For a sociopath, Stout says, “life is reduced to a contest, and other human beings seem to be nothing more than game pieces, to be moved about, used as shields or ejected.”
So what does a sociopath want? According to Stout, a sociopath wants only to win.” Read more here

When I found out about my ex-boss was robbing banks on the side and shot himself in a police standoff on  March 11, that by odd coincidence was my birthday, unconsciously he gave me a little justice on my birthday! I sent the e-mail published on my blog Hornets’ Nest of Corruption to some of the residents in my emailing list to inform them that I had been treated like a criminal, but NOW there was proof that they were criminals ones, but instead of hiding in shame, the sociopaths came after me viciously. The security community that employed me sent me a Cease and Desist letter trying to intimidate me and silence me and the sociopaths at the community started sending the letter below to my friends in the community telling them lies accusing me of doing what they themselves do. My friends in the community and a few others were grateful I shared with them this information, but the sociopaths in the community became even more fired up. 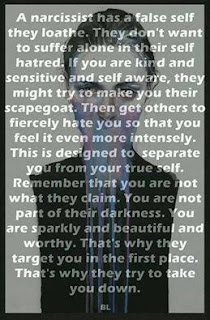 “Cease and desist letters are sometimes used to intimidate recipients and can be "an effective tool used by corporations to chill the critical speech of gripe sites operators."[3] A company owning a trademark may send such letter to a gripe site operator alleging a trademark infringement, although the actual use of the trademark by the gripe site operator may fall under a fair use exception (in compliance with, in the U.S., the protection of free speech under the First Amendment).[3]”

" When Exposing a Crime is Treated as Committing a Crime, You Are Ruled By Criminals."  Yes, I was ruled by criminals! And even faced with this evidence  I'm still the one being treated like I'm the criminal and the real criminals are being protected! 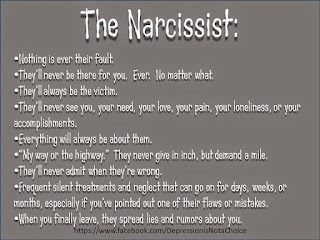 The quote above could not be truer!

“MESA, AZ (KPHO/KTVK) -A Chandler bank robber shot and killed himself inside his vehicle Friday morning after he pulled into a gas station several miles away in Mesa, police said.
SWAT officers from Mesa Police took over during negotiations while the suspect sat in his car with a gun in his hand. At one point, the suspect exited the car, but then he got back in the vehicle.
Officers were seen with guns drawn crouching behind their police unit.
A gunshot was soon heard coming from the suspect's car. There was never any exchange of gunfire.” Read more HERE

Isn’t interesting that the media never revealed the bank robber’s name! I’m sure they are protecting the security company he worked for, it would not look good for a security company that one of his top managers was robbing banks on the side! After finding out my ex-boss was the bank robber I contacted the media again, but once again the media remains silent, they are protecting the sociopaths! I wonder what will take to get the media's attention. Make the connection here 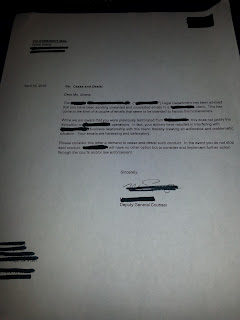 At least the security company signed their letter. 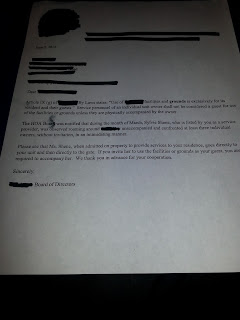 As you see the sociopaths in the gated community didn't sign their letters to my friends in the community, because they know, they are lying and they don't want to put a face to their letters, they are a bunch of cowards, they wish I confronted them in an intimidating manner, they would love to have something on me to pin me down with! But all they have is their lies!!! 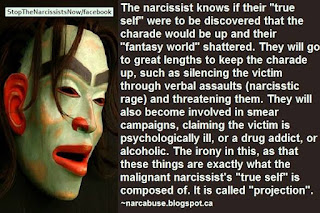 Yes, they have mastered the art of projection to perfection. 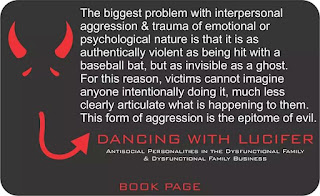 Yes, I danced with Lucifer. If I truly had not resolved my repression I would not have seen clearly the evil game the sociopaths at my job of nine and half years were playing -- trying to get me to self-destruct -- very few people will ever know what feels like having a mob of sociopaths conspiring together to try to get you to act against yourself! They literally wanted me dead, in Jail or mental hospital. After this experience, I will never again look at another human being in the same way. I danced with the Lucifer! Not once, but twice! The first time was just one, but this last time was a mob of evil people. If I had not truly resolved my repression -- I probably be dead right now.

The words below from the article "20 Diversion Tactics Highly Manipulative Narcissists, Sociopaths and Psychopaths Use to Silence You" could not be truer:"Toxic people will gossip behind your back (and in front of your face), slander you to your loved ones or their loved ones, create stories that depict you as the aggressor while they play the victim, and claim that you engaged in the same behaviors that they are afraid you will accuse them of engaging in. They will also methodically, covertly and deliberately abuse you so they can use your reactions as a way to prove that they are the so-called “victims” of your abuse."

This blog was triggered by Marianne Krivan facebook post: "I'm starting to wonder about the policies and procedures with the FBI. New stories emerge about the shooter. His elementary schoolmates remember him as someone who threatened to bring a gun to school and kill his classmates. He had many confrontations with his teachers. In high school, he actually cheered while 9/11 was happening. The FBI never uncovered this information?"

Sylvie Imelda Shene: I have worked with troubled people and I too quit or lost the job for reporting it.
Last March my ex-boss robbed a bank and shot himself in a police standoff. Security business attracts a lot of troubled people like this shooter.
Now tell me why the media never revealed his name? Who are they protecting?!
http://sylvieshene.com/open-letter-to-the-media/

Marianne Krivan: Sylvie ...this is crazy!

Sylvie Imelda Shene I know Marianne! It's very crazy! We live in upside down world! In the workplace, sociopaths are protected and honest and authentic people are the ones that lose the job if they dare to report it. Even with evidence that one of the sociopaths harassing me was a true criminal, they still treated me like I am the criminal.
http://sylvieshene.blogspot.com/2016/04/hornets-nest-of-corruption.html?m=1

"Sociopaths hate us. All sociopaths know in their “heart-of-hearts” (so to speak) that we are the ones with the real power. We have the advantage of being real people who can love and feel. We are flexible, reasonable. We have wisdom mingled in compassion. A potent elixir for the ills and sorrows of life; the stuff human kindness is made of. Sociopaths hate us – they are loveless, and without conscience. – They also know while they hate us and use us – we can ruin them by exposure. This evokes rage.
When individuals operate without a conscience they are able to do horrible things we would never dream of doing – and there is no moral compass or guilt feelings to stop them. ~ Dr. Deborah Ettel, PhD. Psychology
Sociopaths are limited. Sociopaths are reactionary, defensive, and grasping for what they perceive as power in money, and position. Whatever ‘status’ they seem to hold is always fake. They have nothing without hijacking other people’s lives. This can be on a grand scale involving millions of dollars, or at a low economic level for basic needs: housing, food, internet, clothes, a phone – and all else in between. They crave a good reputation. Sometimes in the heat of being discovered, or in fear of losing a gain, they’ll take unplanned, improvised actions that may even cause themselves harm directly or indirectly in over-the-top criminality. Their weakness is a constant fear of being unmasked. This and their limited minds makes them predictable. This leaves gaps and leverage for our escape from these monsters." Read more  here

Mass Shootings: We are all responsible

"We have reached no definitive conclusions,” Obama said at a news conference, adding: “What is clear is that he was a person filled with hate.”
How come no one ever asks the question where this hate comes from and why?! The shooter seeing two men kissing is just the trigger of his intense hate and not the cause, gay people are just the shooter's scapegoats.
There are a lot of people walking around with time bombs in their brains -- until the bombs explode.

They don't like it that I call them sociopaths, but if you go out of your way to destroy a life, just because you don't like the truth, I'm sorry, but that makes you a sociopath! 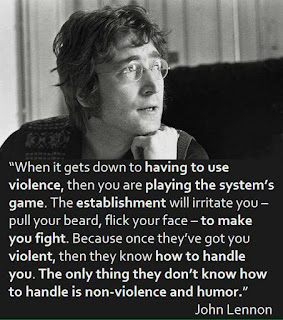 These words by John Lennon could not be truer. The sociopaths at my job of nine and half years were hoping I would react to their lies, mind games and smear campaign and i would become violent in some form. The system is thirsty for blood, but I don't play their game.