An American woman claims Cristiano Ronaldo raped her in Las Vegas. Years ago, the soccer star paid her to remain silent. Now, the woman is going public for the first time and filing a complaint against Ronaldo. She possesses a document that could be extremely dangerous for him. By DER SPIEGEL Staff  Read Article HERE

I read the whole article --  I think he raped her- something happened. "It's a pretty famous guy. So I'm terrified. I'm scared." She is worried that someone might do something to her, that the media and Ronaldo's fans won't leave her alone.""
I'm not terrified, but I do worry sometimes the sociopaths at my job of nine and a half years and Dr. Julio Machado Vaz, their cronies and fans trying to do something to me.

The sociopaths at my job of nine and a half years already tried to do something to me, but they didn't succeed. The sociopath in the HOA in the chair of security stalked me at my new job trying to intimidate me... it was a little scary because I was not sure how far they would take it to try to silence me! I have pictures of the sociopath in the chair of security in the security camera at my new job. They are not very good pictures. Out of the camera view, he go out of his car and stood there for a few minutes and got back in his car and drove off. I talk about him in my blogs in the link below, I call him Mr. K.
https://sylvieshene.blogspot.com/search?q=chair+of+security 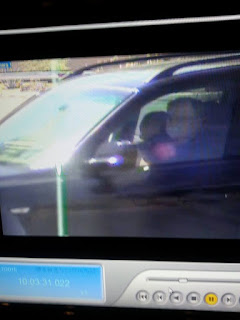 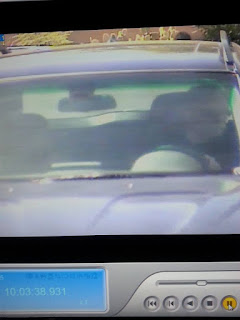 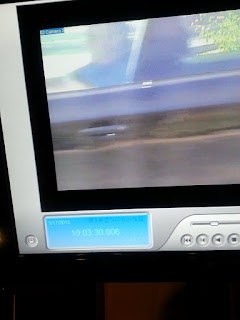 Last week while cleaning I found an old newsletter with some nice words written about me! But all changed after I published my book in 2014.
https://www.facebook.com/sylne/posts/10156062183953922

Sylvie: too bad writing a book exposing the lies and illusions of our society was seen in their eyes as committing a crime. But the ones committing real crimes are protected. Just like we just witnessed in the stage of the world with judge Kavanaugh and Dr. Ford. Criminals are promoted and real heroes are punished. We live in upside down world.
http://sylvieshene.blogspot.com/2017/09/big-cover-up-by-sociopaths-at-my-ex-job.html?m=1

Sylvie Imelda Shene Clara, have you heard Cristiano Ronaldo is being accused of rape. I believe it. He is driven by the unresolved repressed traumas of the child he once was.

Ester Santos: Me too! I read her report of the facts and there's is no contradiction. He apologized and bought her silence but I think she is now strong enough to come out publicly.

Ester Santos: Also psychologically analysts described him as narcissistic. Narcissistics do not know the meaning of no. After all was narcissism the main drive on his career if you look at it closely.

Sylvie Imelda Shene Yes, he scores high in the narcissism scale. Narcissism is a symptom of deep-seated unresolved childhood traumas passed down from generation to generation. He has been hiding behind his talent and money for a very long time, but talent and money alone will not save him and now all is coming crashing down and is being forced to face his own repression. I hope he finds the help he really needs. Someone should give him my book. I have read a little bit of his history and he is a product of an unwanted pregnancy -- his mother even thought about aborting him -- he has reenacted his childhood traumas by paying women to have children for him -- traumatizing the babies by separating them from the biological mother. The trauma of separation from the natural mother is very hard to heal. He is traumatizing himself and others the same way he was traumatized when he was a defenseless little infant.
https://sylvieshene.blogspot.com/2015/08/narcissism-comes-from-pain-suffered-in.html

Read my blog Experienced Knowledge about my experience with emotional harassment in the workplace.