The Silence from the Media is Deafening 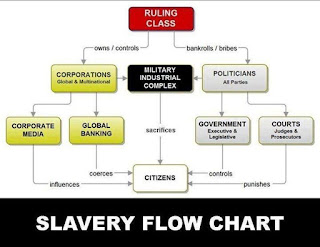 this is the clearest explanation of our current human civilization.

3-23-17
Mr. Rodman.,
How are you?
I hope you, Mrs. Rodman. and A. are doing well.
I’m sorry to bother you, but I thought you might be interested in my story now that part of it is in the public record. I filed a lawsuit against my former employer, Securitas, for discrimination and emotional harassment after I published my book.
You can see details about the court proceedings in the link below: https://www.pacermonitor.com/public/case/20679413/Shene_v_Securitas_Security_Services_USA_et_al
It’s kind of interesting how this all came about. Your neighbor at C., M. P., hired me to watch his home when he’s away on business, and we’ve actually become great friends. He couldn’t believe what happened to me at S, and he encouraged me to file a complaint of wrongful termination with the EEOC. Unfortunately, by the time I contacted them I had already missed their deadline, but they issued me a letter of my rights to sue and told me that I had 90 days to file the lawsuit. I don’t know how it will end, but I hope it will help raise awareness about emotional harassment in the workplace, especially towards women.
M. has also become a huge fan of my book and has great respect for its truthfulness, authenticity, and honesty. These are the things I value most in life, and I know that my book is a valuable contribution to anyone else who wants to see things more clearly.
I heard journalist Christiane Amanpour give a speech recently and these words really resonated with me: “I believe in being truthful, not neutral. And I believe we must stop banalizing the truth.”
This is why I’m so eager to get my story out. The people at Securitas and at S. wanted to destroy me, because they couldn’t handle the truth. As it turns out, my ex-boss, K. W., killed himself in a standoff with the Police over a bank robbery in Chandler. You can learn more about this incident by following the links below:
http://www.azfamily.com/story/31447486/chandler-bank-robbery-suspect-kills-self-inside-his-vehicle
http://www.legacy.com/obituaries/name/kyle-wilson-obituary?pid=1000000178092771
The last time we spoke, you mentioned that my book spooks people. I believe that it only spooks people who are living a lie and are threatened by the truth, and that makes it all the more important to get my story out there.
My book is slowly finding an audience, which includes friends like M. P. and Mrs. W., who also lives in C., as well as strangers across the country and around the world who contact me on a regular basis and write great reviews on my Amazon page.
I hope you can help me share my story with the general public. Not because it’s my book or my story, but because it’s urgent for society to understand the damaging effects of childhood repression and how it turns people into sociopaths who do everything from intimidate women in the workplace to use the political system to prop themselves up and keep others down. Alice Miller knew what she was talking about when she recognized the damage parents can do to their children, and the world is in dire need for a conversation about what we can do to stop the madness.
Maybe you can help start this conversation by creating a little segment on the evening news, or on a morning show, that highlights these concepts in light of current events and explains how people must work through their repression if they want to free themselves from lies and illusions.
I’d love to discuss this with you in more detail if you’d like to meet for coffee one day soon.
Thank you for your attention,
Sylvie Shene
Hi E,
Thank you for editing for me the letter to the local news producer.
I have not heard, yet from M. R.. The silence from the media is deafening, they are so afraid of the truth of connected stories and are all about protecting the status quo.
Yes, people can be very weird, especially in the media. These words by Alice Miller are so true: “… Rather than take the risk, they prefer to forgo information that might be of life-death importance for coming generations. So in order not to have to call their own parents into question for a single moment, they cling to outdated, destructive opinions. …Clearly, the prospect of confronting one’s own personal history, in this case, is an alarming experience. And, as always, the fear of facts is stilled by a fascination with intellectual terms and abstractions aimed at concealing and masking the truth—the truth of facts that appear so threatening… At every attempt to share the new discoveries I made with the public, I ran up against the most determined resistance on the part of the media. It is true I can go on publishing these discoveries in my books because my publishers are already aware of the growing interest in this topic. But there are other people who have important things to say, and they are dependent on the press. They and their readers rely on essential information not being torpedoed. All too often, however, the media buttress the wall of silence against which all those who have begun to confront their own childhood rebound.”
I have to figure out a way of how to break through the media’s very thick wall of silence. It seems the media only pays attention when there is violence and spilled blood, in our society most people feed on violence and are like vultures looking for dead bodies, especially those in the media. The media only pays attention to violence for pure sensationalism and ratings. It seems violence is the only language they understand and pay attention to, so it going to be hard to penetrate through the media’s wall of silence.
Also read the Open Letter to the Media of June 27, 2015

NOAM CHOMSKY - TOP 10 MEDIA MANIPULATION STRATEGIESNoam Chomsky describes beautifully in the article in the link above how the media manipulates the public.  When Donald Trump says the Media is the enemy of the people -- he is right -- he accuses the media of doing what he also does. Donald Trump doesn't like to be challenged and the media also doesn't like to be challenged and this is why no one in the media talks to me because my story challenged them.  They are each other’s mirrors and both don’t like their own reflections and hate each other.The media met their match in Donald Trump, and the real losers are the public that is lost in smoke and mirrors doing exactly what the puppeteers want them to do. We live in a world of puppets and puppeteers. "7. Keep the public in ignorance and mediocrityMaking the public incapable of understanding the technologies and methods used to control and enslavement."This is why the media was not interested in my story because my story enlightens the public and then their manipulation strategies would be exposed and no longer be able to exploit the public emotional blindness to get rich and gain power over the masses."10. Getting to know the individuals better than they know themselvesOver the past 50 years, advances of accelerated science has generated a growing gap between public knowledge and those owned and operated by dominant elites"And this is why they saw an enemy in me that need to be destroyed because after reading my book A Dance to Freedom: Your Guide to Liberation from Lies and Illusions, they knew I could not be controlled and manipulated, so they needed to erase me.And this is also why most mental health professionals can't be trusted because they use their psychological insights to manipulate their clients and keep them in the state of the child or dependency for easy exploitation and to keep control over them.Like I experienced with the psychologist Olane Roos or Liliane Rombout in the Netherlands that went to great lengths to mess with my mind like changing her name.

The media doesn't tell the whole story. Only reports tragic disconnected stories they can exploit for pure sensationalism. They give the public half-truths and misleading information to manipulate the masses and protect the status quo
Posted by Sylvie at 12:12 PM